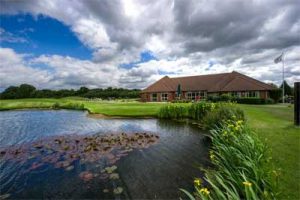 The Autumn Term Governors’ sessions of the Headteachers’ Updates takes place at Mill Green Golf Club.  Refreshments on arrival from 5:30 pm on 1st December with the session starting at 6 pm and concluding by 8 pm.

If you are interested please book a place by email to caroline.inglis@hertfordshire.gov.uk.

The venue address is:

There is ample parking (for more than 100 cars) with disabled access, and is easy-to-access being 10 minutes from Junction 23 (South Mimms) of the M25. The HASG are pleased to announce that nominations have opened for the School Governor Awards 2020. We aim to celebrate outstanding and distinguished service by school governors and trustees in Hertfordshire. The winners of these awards will be announced END_OF_DOCUMENT_TOKEN_TO_BE_REPLACED The HASG are pleased to announce that nominations have opened for the School Governor Awards 2019. We aim to celebrate outstanding and distinguished service by school governors and trustees in Hertfordshire. The winners of these awards will be announced  END_OF_DOCUMENT_TOKEN_TO_BE_REPLACED The HASG are proud to reveal the Winners of this Year’s Awards which were presented at the Hertfordshire Governors Annual conference on Saturday 11th November at Robertson House Stevenage.

This year the judging panel agreed to seven finalists, one more than originally expected.  The winners are: END_OF_DOCUMENT_TOKEN_TO_BE_REPLACED The Hertfordshire Governors’ Annual Conference on 19th November was the setting for the presentation of the Annual Hertfordshire Outstanding Governor Awards.

Following on from the success of the joint Heads & Governors briefings in 2016 we are delighted to announce the dates for 2017.

The briefings will take place between 6pm – 8pm at Beales Hotel in Hatfield with one each in the Spring & Summer Term:

Light refreshment will be available beforehand.  Please make a note of these dates in your diary.  Further details will be made available on our website in due course. The HASG are pleased to announce that nominations have opened for the School Governor Awards 2016. We aim to celebrate outstanding and distinguished service by school governors in Hertfordshire. The winners of these awards will be announced at the Hertfordshire Governors’ Annual Conference in November 2016. This year the executive committee has decided to increase the value of the winners prizes to £1,000. The awards were established last year to publicly recognise, not only the contribution of individual school governors, but to celebrate the dedication and commitment of all governors in Hertfordshire’s 500+ schools. Schools across the county were asked to nominate governors who they believe have really made a difference and helped to improve the educational outcomes of children in their school.  Many nominations were received and reviewed by an independent panel of judges and from these; a short-list of 10 governors was drawn up. The judges visited all the nominees’ schools to gather more information. After further review 4 winners and 2 runners up were selected. Each winner attracted a prize for their school(s) of £500 and a £50 individual prize.

The four Outstanding Governor of the Year Awards went to: The two runners up were: The other finalists were:

What made the difference?

The finalist merited their selection through glowing nominations, some key elements of which are given below:

The Hertfordshire Association of School Governors is an independent organisation that supports and informs school governors, to ensure their views are heard and to promote high standards in school governance.